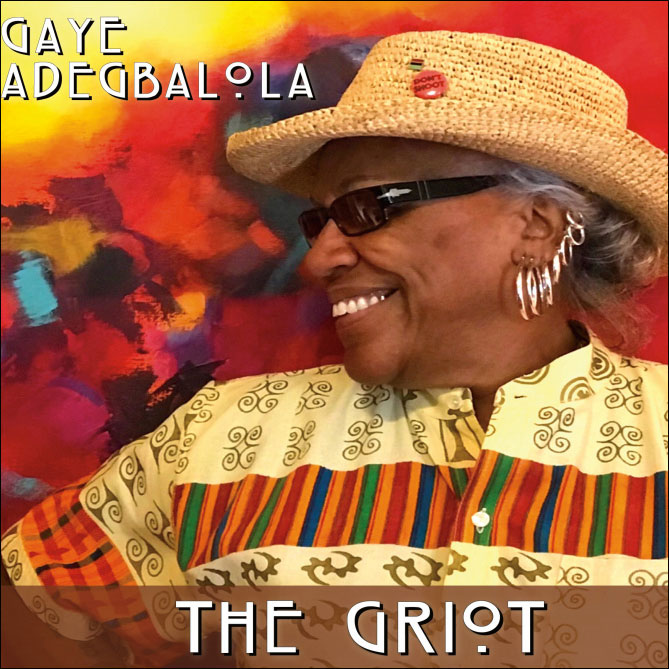 Gaye Todd Adegbalola, a Blues Music Award winner, is best known musically as a founding member of Saffire – The Uppity Blues Women (1984 – 2009). The group recorded exclusively with Alligator Records. Additionally, she has 6 recordings on her own label, Hot Toddy Music (Todd is her family name).

Gaye was born and raised in Fredericksburg, Virginia where she sat-in, picketed and protested its racism. She graduated as valedictorian of the then-segregated Walker-Grant High School, went “ up North” to Boston University to finish with a major in biology and a minor in chemistry. Prior to becoming a teacher, she worked as a technical writer for TRW Systems, a biochemical researcher at Rockefeller University, and a bacteriologist at Harlem Hospital. She has a Master’s degree in Educational Media (with a concentration in photography) from Virginia State University.

Prior to becoming a full time blues artist, Gaye was a science teacher in the Fredericksburg City Public School system for 18 years, and was honored as Virginia State Teacher of the Year in 1982. Throughout her teaching career, she directed Harambee 360º Experimental Theater —where she was able to creatively use performance as a tool to assist black youth in gaining confidence as they struggled with identity issues during the spread of desegregation.

During this same period, she nurtured her love of the blues. As a pre-teen, she had first heard live blues at a Sonny Terry & Brownie McGhee concert. This initiated her interest in Piedmont-style fingerpicking. As a young adult, Nina Simone led her to Bessie Smith causing her to fully immersed herself in the repertoire of classic blues women of that era. It was later in life that she picked up slide guitar.

Unable to get by on a teacher’s income, she began moonlighting in local clubs and her love of the blues soon grew into a full time career with Saffire – the Uppity Blues Women. She is very proud that they toured the world, brought many women to the blues and inspired many women to become musicians. Saffire ended in November, 2009, after making music together for 25 years.